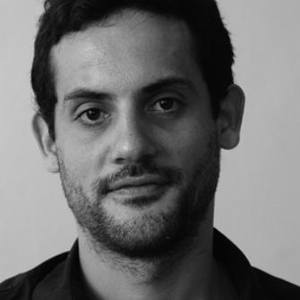 “Art is about saying something, and knowing that what i say is meaningful to someone.”

At first glance, it`s nearly impossible to tell if the colorful geometries are digitally inserted, or rather artfully painted on canvas. The answer to the
optical illussion is the latter -argentinian artist Nicolas Longo uses acrylic paint on canvas or wood to render abstract artworks that are juxtaposed
against the most classical and traditional artistic techniques.
Longo`s paintings seem like portals to a digital world. Recalling the geometric abstraction of Frank Stella, the bold, colorful pieces sharply contrast
his serene personality: “My thinking is this: in an increasingly complex and competitive society, there is impassioned need for artistic respite.
Simplicity, it has been said, is the essence of beauty”
Each painting demandas more than 300 hours, 3 different softwares, 100 mts of tape, and more than 60 fl.oz of paint.

“Painting ends up being a life or death process. It requires a lot of work, mixed emotions and, of course, being heartbroken ”, Nicolas Longo shoots when asked about The Decadency of Abstraction, his
new virtual sample. The good news is that, as long as the girlfriends continue to leave him –and he continues to suffer-, those dense atmospheres that he gives from the first paintings will continue to
appear.
Longo was born in Latin America, but grew up on the internet. There he began to articulate his compositions of schizophrenic lines and analogous processes. “I think from the beginning I tried to have
something to say and that what I want to say is meaningful and helps someone. Of course I never did it, because my ability to convince myself not to do the right thing was always stronger ”. After joining
The Back Mamba collective in 2003, where he impressed the scouts from the Park & Getz gallery, he retired to the outskirts of Argentina where he shaped his first solo visual ensemble, Impossible
Puzzles (2006).
In The Decadency of Abstraction (2020) Nicolás Longo documents not only a new conceptual cosmogony, but also his transformation from young to adult and from victim to victimizer. “I feel that the
common identity trait in contemporary art is having nothing to say. I only focus on painting until my hands burn, ”says the thirty-five-year-old man orchestra (accredited degrees in communication, economics
and gastronomy). The Decadency of Abstraction is a mature, more stable sample, full of shocked brushstrokes and a very successful grouting of edges, concentrations, tensions, contingencies,
diagrams, instruments, tools, methods, coercions, frames, approaches, contours. “The launch of The Decadency of Abstraction was like the very waiting room of hell. It meant a lot of sadness, aggression
and darkness. A lot of changes, sleepless nights, bringing all the work forward and back thousands of times, it was really tiring, ”says Longo.
And apparently recovered from so much bustle, he comes back for more. This meek-eyed boy is already promoting what will be his third show, Not My Tragedy, with collaborations from his sons Francisca
and Simón, where this time he returns without ever leaving. “This time I tried to get out of my own tragedy to focus on that of others.” Nicolás Longo’s work continues to produce the same reaction in
viewers every time: you will swell your lungs with air and you will snort and then go on to an automatic salivation process like Pavlov’s dogs. DAVE DEGENARO FOR JUXTAPOSE MAGAZINE

This website uses cookies to improve your experience while you navigate through the website. Out of these cookies, the cookies that are categorized as necessary are stored on your browser as they are essential for the working of basic functionalities of the website. We also use third-party cookies that help us analyze and understand how you use this website. These cookies will be stored in your browser only with your consent. You also have the option to opt-out of these cookies. But opting out of some of these cookies may have an effect on your browsing experience.
Necessary Always Enabled
Necessary cookies are absolutely essential for the website to function properly. This category only includes cookies that ensures basic functionalities and security features of the website. These cookies do not store any personal information.
Non-necessary
Any cookies that may not be particularly necessary for the website to function and is used specifically to collect user personal data via analytics, ads, other embedded contents are termed as non-necessary cookies. It is mandatory to procure user consent prior to running these cookies on your website.
SAVE & ACCEPT